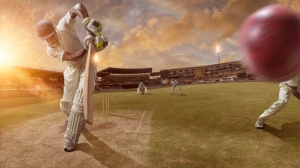 This format of the sport has been copyrighted and anyone interested in hosting this discipline will be required to pay a capitation fee to Eden Clay Target Shooting Academy, in the an amount of to ZAR 25 per player per Contest.

This dicipline of the sport was first hosted at Eden Academy, Plettenberg Bay in January 2021, and the next event is planned to be held the day after Eden Academy host the Eastern Cape Inter Club English Sporting, on the 3rd  April 2021 at the Eden Clay Target Shooting Academy facility.