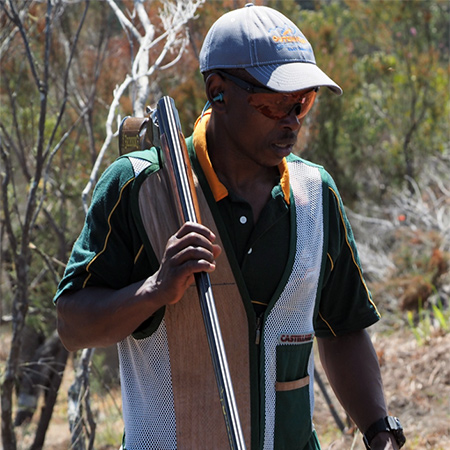 Vuyo was born in 1981 in the Transkei, Eastern Cape – a child of the Khoza nation.

Vuyo was asked if he would like to work at the club as a trapper on the odd Saturday and agreed. His employer Tony always let the trappers have a few shots after each shoot, like everyone else, Vuyo fell in love with clay target shooting, and showed a lot of interest and a desire to shoot better.

Tony, had aspirations of his own and started shooting the circuit and took Vuyo with to all the shoots within a few hundred kilometres. At this stage Vuyo was the only black sporting shooter, and all the other shooters helped him learn to master the art of clay target shooting.

Over the years Vuyo’s shooting has improved in leaps and bounds, he earned Provincial Compak colours in 2016, 2017 and again in 2018 when he represented the Eastern Cape Province in the prestigious Presidents Cup, the pinnacle event each year in the Compak discipline.

In 2019 he was elected Chairman of Eden Clay Target Shooting Academy, all the while his skills continued to improve. In November 2020 he shot his first flawless round “a Straight” as its often called, an elusive perfect round of clay targets shooting.

The club has applied to send Vuyo for training through Clay Targets Shooting Association South Africa (CTSASA), to become a coach, and hopefully next year that will be another accolade that he can add to his list of achievements. 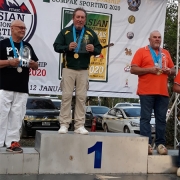 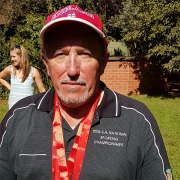